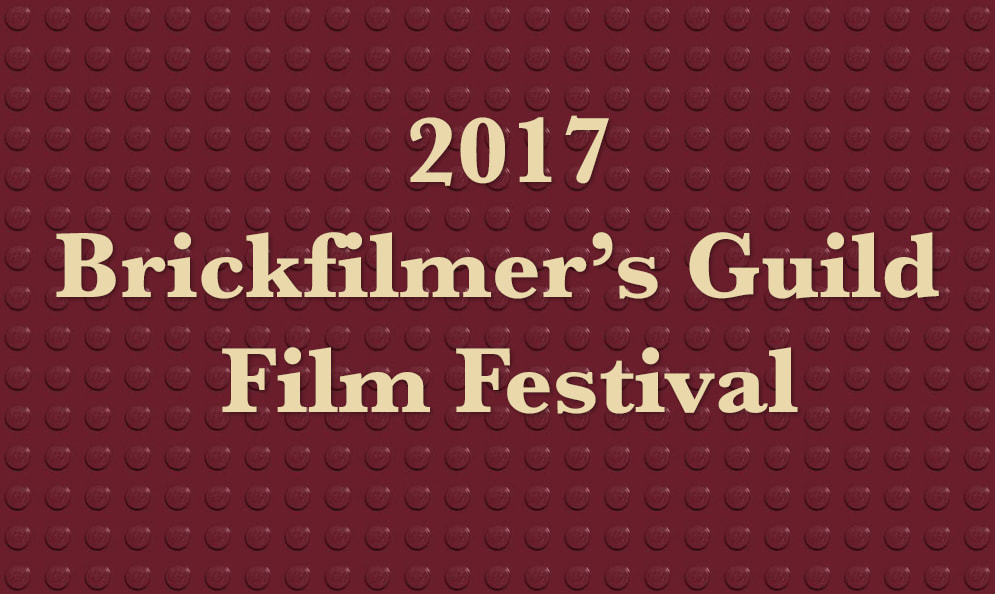 The Brickfilmer's Guild is proud to present the 2017 Brickfilmer's Guild Film Festival.  The BFG Film Festival is an online brickfilming festival that will showcase some of the best brickfilms of 2017. We invite all BFG members to submit their best brickfilm of 2017. Your entry can be a brickfilm that has already been made, or one you make just for this festival, as long as it is published in 2017. You have until the end of the year to submit your brickfilm.
This year's festival will have a prestigious judges panel, with representatives from all around the world.  The first round of the judging will be done by Big Monkey of thefourmonkeys, after the deadline passes.  He will narrow down all of the entries to just 30-60 finalist entries which will be judged by all five judges. This list will be made into a playlist on the Brickfilmer's Guild YouTube Channel.

Rules:
1. Submit your brickfilm by deadline. The entry form is below rules.
2. Your brickfilm must be uploaded in the year 2017, no exceptions. The YouTube (or Vimeo) video must have a 2017 date.  The deadline for submissions is 12:01 A.M. GMT, January 1 2018.
3. Your entry does not have to be made for this festival, but if you include the BFG logo in the first 5 seconds of your brickfilm, it will make you eligible for the "Best Entry with BFG Logo" category. This category will be judged by Big Monkey only.
4. The principle animation technique must be stop motion.
5. It must be under 15 minutes long.
6. You can enter only one brickfilm. No substitutions are allowed after entry has been submitted.  Sorry, NO exceptions! It is very easy to enter the contest, but choose your brickfilm entry wisely. You have until the end of the year to enter your film. If you collaborate on brickfilms, the films must be published on different YouTube channels. No one channel may enter multiple brickfilms.
7. Violence with blood is allowed. Guns, knives, and all other weapons are allowed.
8. Offensive language will be tolerated, but could hurt your score if not used in a necessary manner or if any particular judges find it overly offensive.
9. No sexually offensive material allowed.
10. No offensive racist material will be accepted.
11. Use of licensed themes and/or music is allowed.
12. You will need to be a member of the Brickfilmer's Guild to enter.
13. If you have questions about this festival, please let us know via the Contact form or in a post on this contest's thread on Bricks in Motion.

Prizes:
We will continue the tradition that was started a few years ago.  There will be no physical prizes awarded to the winners.  Winning and being nominated for anything in this festival is the prize itself, however the winner of "Best Film" will be added to the list of past winners in the BFG Library.
http://www.brickfilmersguild.com/the-library.html

If your entry is accepted, your name will be added to the "Accepted Entries" above.

If your entry is a finalist, it will help if your video has captions unless there is no dialogue.  This is not a requirement but will be very helpful for the international group of judges.